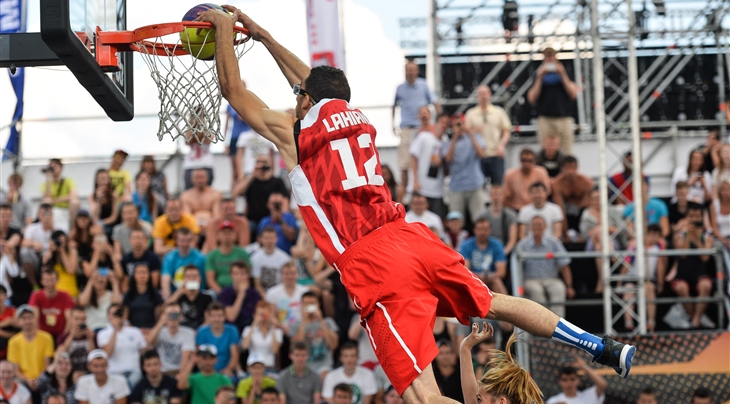 After he made numerous appearances in the 3x3 Top 5 Plays of the Day videos and threw down the dunk of the tournament, it was really a contest for silver medal for anyone not named Firas Lahyani.

The lanky 22-year-old wowed the crowd and the jury earning a 29 and three perfect 30 on his four dunks of the final, which included a dunk over two cheerleaders and a wild 360 reverse dunk.

Yan Pengfei (China) had a powerful 360 dunk himself which earned him the silver medal.

The diminutive Demetrius Miller (1.85m) from the USA showed glimpses of his 38-inch vertical and Toni Vitali (Croatia) had a creative jam, throwing down both the ball and his hat. Both went home with a bronze medal.