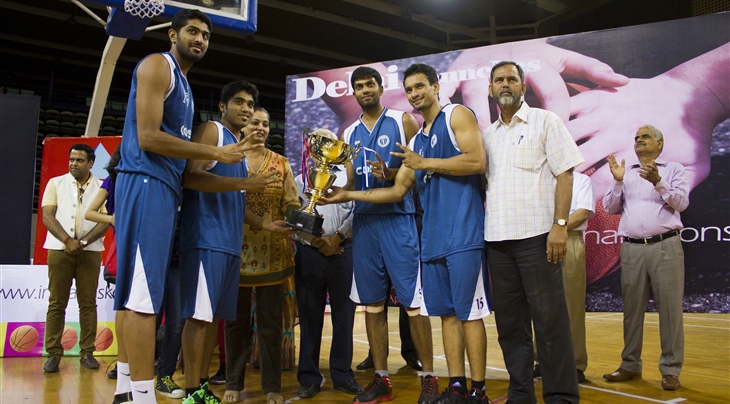 NEW DELHI (3x3) - There was no stopping Pratham Singh in the men's final and his Tamil Nadu team deprived the Indian Railways of a double delight following their success in the women's tournament in the first edition of the 3x3 Indian Basketball Championship on 11 April.

In a land where cricket is king, it was no wonder both teams were tied at 20-20 at the end of regulation of the men's final. Singh came up big in overtime clinching the title with two clutch free-throws taking his personal tally to 11 points, half of his team's total.

"Playing with a free mindset helped us emerge victorious in this first national tourney," he told The Times of India.

"We kept it simple from the start and finished off the things in that very simple manner."

Indian Railways did not come home empty handed as their women's team - led by India national team star Geethu Anna Jose, who had 33 points in her last three games - rolled over the local Delhi team 21-12 in the final.

3x3 sure made many new fans following the event, including Tamil Nadu representative Mohd. Nazar.

"3x3 is an exciting format," he told the Deccan Chronicle.

"I am sure it would attract a lot of youngsters to the sport."