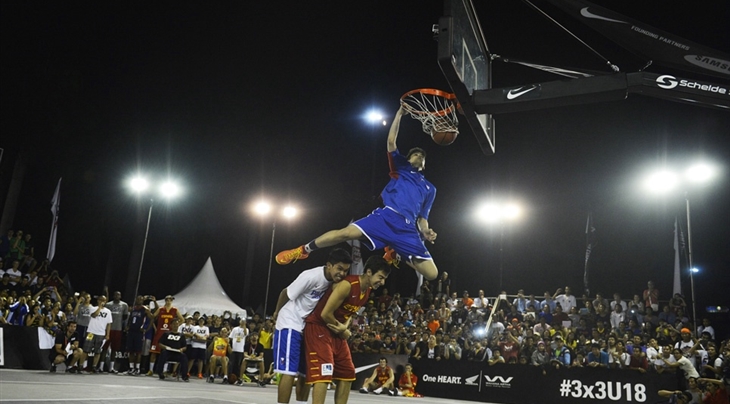 MIES (3x3) - The video highlights of the Honda Dunk Contest at the 2013 FIBA 3x3 U18 World Championships in Jakarta, Indonesia on 29 September has topped half a million views on YouTube in just five days to become the most popular video of FIBA's 3x3 discipline.

Despite being the youngest player in the men’s tournament (16 years and 11 days), Paras - the son of former Filipino international Benjie Paras - was one of the brightest stars in Jakarta.

He displayed great jumping abilities as he flew over two players on one jam, over a motorcycle for another slam and also completed windmill and reverse alley-oop dunks, and an uncanny ability to captivate an audience.

The dunks were featured on several TV channels in the Philippines, including GMA, GMA News TV, Pinoy TV and Pinoy Life.

You can watch more FIBA 3x3 basketball videos on www.youtube.com/3x3planet.