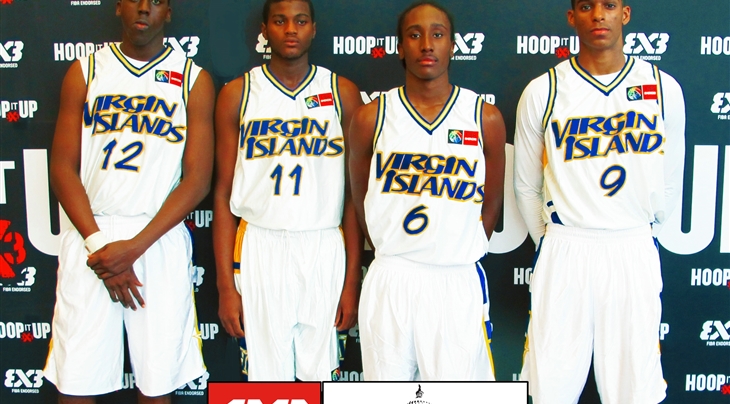 WASHINGTON D.C. (3x3) - There were plenty of rising stars headlining the first-ever FIBA Americas U18 3x3 Championships on 31 August-1 September 2013 successfully showcased by Hoop it Up in the United States capital of Washington DC, but none other had their own movie like the (US) Virgin Islands' men's team head coach Kevin Sheppard.

Sheppard has played everywhere, from Israel to Venezuela, Puerto Rico to Iran and now is trying to give something back to the kids of his US Virgin Islands, coaching the U18 3x3 team.

"I am trying to teach the guys to play as a team," said the St Croix native.

"Even though our talent and athleticism is high, I want us to play a more team-oriented game like it is played in Europe."

Did the instructions pay off? Though the team featuring Stephaun Adams, Justin Gray, Samuel Joseph and De’kwani Norford finished fifth, they sure made their coach proud.

"I'm happy. My guys played really well. We weren’t walked on by anybody. We defeated Guatemala and Belize. We should have beaten Puerto Rico. We played the US very tough. It was a three-way tie at 3rd place and we didn’t qualify on points scored," said Sheppard.

People know a thing or two about big men in the US Virgin Islands, the homeland of NBA superstar Tim Duncan and Sheppard had big words for another star in the making - Team USA's Cliff Alexander.

"He is that good. He is a future NBA draft pick. He can play with his back to the basket and can step outside and shot," Sheppard explained.

More reasons to be excited about the FIBA U18 3x3 World Championships in Jakarta, Indonesia (26-29 September), where the teenager will star again.

One day Alexander may become an actor like Kareem Abdul-Jabbar, Ray Allen…or Kevin Sheppard. The 33-year-old was the lead of the 'Iran Job', an award-winning documentary released in 2012 which deals with the life of an American basketball player in Iran.

"When I first heard about Iran," Sheppard confessed. "I didn't want to go."

"The documentary is about my first year in Iran. It is about showing Iran’s culture, about a country that is beautiful and where I had such a good time."

Since the release of 'The Iran Job', Sheppard has been on CNN and been invited as a speaker a lot in California or in New York.

"A lot of people think of me as a basketball ambassador," he explained.

"But here in the US Virgin Islands, I still live the same life with my baby girl who is mad at me because she just started school this month."