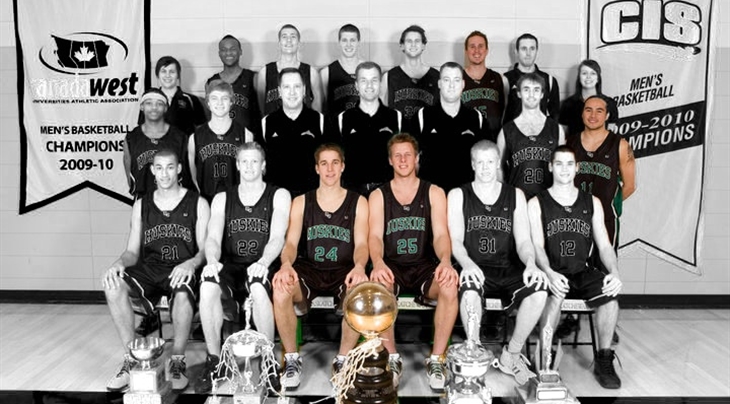 SASKATOON (3x3) - Three years after winning the Canadian university title together, Troy Gottselig and friends are back to earn a new degree in 3x3 basketball at the FIBA 3x3 World Tour Masters in San Juan on 10-11 August 2013.

How many times did you hear 'enjoy it because the college years will be the best years of your life?' The 25 year-old Gottselig could not agree more.

In the 2009-2010 season, his Saskatchewan Huskies made an unexpected run all the way to the national title.

"We knocked out the first team in the country in the semi-finals," he recalled.

"Then we won the title on national television. It is a fantastic memory."

Gottselig and his former team-mates Michael Lieffers, Michael Linklater and Trevor Nerdahl decided to return to their winning ways on the 3x3 courts trading their recent degrees for 360-degree dunks.

Though it was their first time playing 3x3 at the Basketball Alberta tournament in Edmonton, the 2.06m big man feels the new discipline is tailor-made for him.

"It is really adapted to our fast pace and aggressive game.”

Maybe it comes from growing up in a farm breeding cattle but Gottselig attacks the rim like a bull.

"My parents are farmer. I grew up in a small village [Findlater, 49 inhabitants (no typo!)]. I had built my own basket next to the farm and everything."

From Findlater to Saskatoon and Europe where he played professionally for the last two seasons (in Czech Republic, Slovakia and Belgium), Gottselig has come a long way.