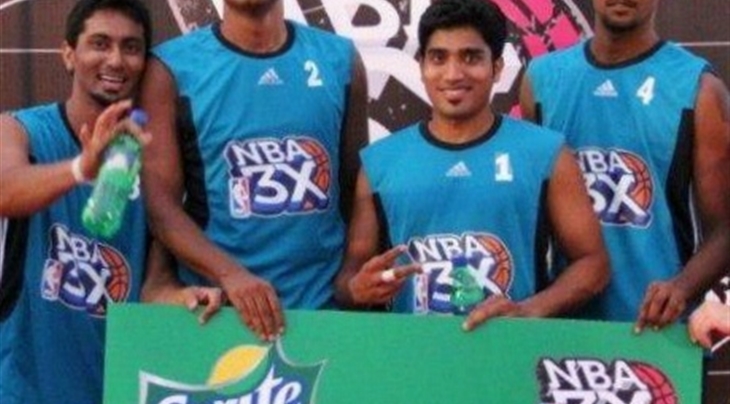 CHENNAI (3x3) - P.N. Bopanna may not be a snake charmer, but 12 years of mimicking a 'Black Mamba' named Kobe Bryant helped him bring a clean record all the way to the 3x3 World Tour.

In his earliest memories, Bopanna can remember his first steps into basketball.

"I come from a family of field hockey players but there was no hockey field in my school," the speedy guard recalled. "Just cricket and basketball and my dad said no cricket."

"That's how I started playing basketball from the age of 10. I used to catch NBA games in the early morning. From the very beginning, my idol was Kobe Bryant. I would watch his games and copy all of his moves."

The 22 year-old and his team-mates Pari Akilan, Rama Subramaniam and Srinivasan showed a Kobe-like appetite for wins as they went undefeated (10 straight wins) in the regional and national NBA3x tournaments in India last October to stamp their ticket to the Tokyo Masters on 20-21 July.

"There were teams from all the other states and the level was good according to Indian standards, he admitted."

But Team Chennai bullied the opposition with a nice combination of speed and size with two players standing 1,93 and 1,96m respectively.

Bopanna, a tax controller in his hometown, admits basketball is still far away from cricket in terms of national exposure.

"All of the basketball people know about the U18 teams drawing silver at the FIBA Asia 3x3 U18 Championship but the rest of the people don't know about it. Usually cricket gets all the attention but basketball is in a growing stage in India."

The women's national paved the way with a win at the FIBA Asia 3x3 (senior) championship in Qatar and no doubt that a successful stint at the FIBA 3x3 World Tour would charm a lot more Indian fans into 3x3.