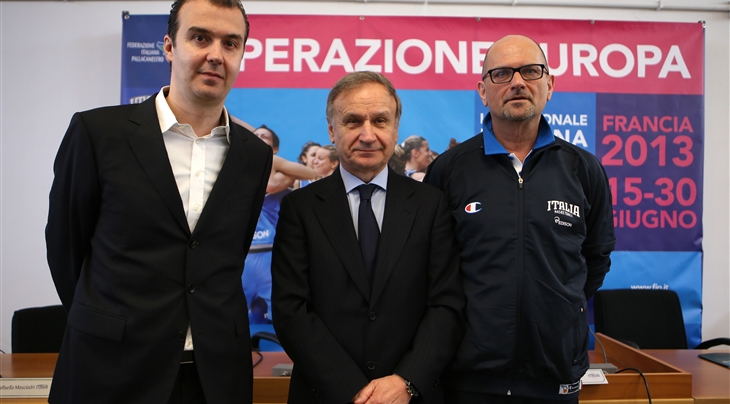 ROME (3x3) - While Rafael Nadal was making history winning a record seventh title at the Rome ATP Masters, the Italian Basketball Federation (FIP) was holding a press conference at the same venue - the Foro Italico - to make a ground-breaking announcement for 3x3 in Italy.

On 13 May, FIP made official the launch of the Streetball Italian Tour, organised in partnership with Free Italian Streetball (FISB) which has dealt with 3x3 events in Italy for years.

The Streetball Italian Tour will stop in five cities, starting with Varese (8-9 June), Modena (29-30 June), Perugia (6-7 July), Pesaro (20-21 July) and Riccione (2-3 August). The action will culminate there, as the best teams from each stage will meet for the Grand Final at the famous seaside resort.

Last season, a team from Turin participated in the Madrid Masters but was eliminated in the group stage and finished 11th.

Italian (5x5) national team coach Simone Pianigiani, present at the press conference, paid tribute to 3x3 explaining that "3x3 allows everyone to express their own creativity and play outdoors with a different spirit than traditional basketball. It is a world yet to be discovered."

Players from all over Italy will have a chance to play 3x3 this summer as FISB will continue organising more than 100 events - on top of the Streetball Italian Tour - from Bolzano to Sicily.

The NBA is also set to organise NBA 3X events in Napoli, Milan, Turin, Cagliari and Trieste this season.