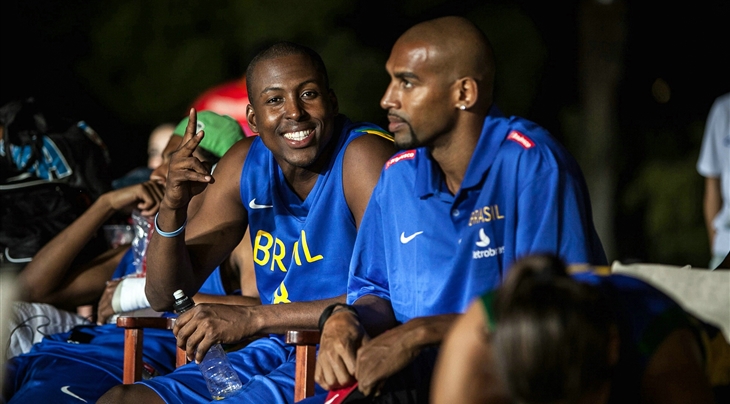 MIES (3x3) - Teams from the two biggest cities in Brazil will be competing for national and continental supremacy in Pool A and in Pool B following the automatic seeding of the FIBA 3x3 World Tour Rio Masters.

The seeding is conducted automatically according to the 3x3 individual world ranking (of the three best players from each team). According to the regulations, the number one seed meets the number six, number seven and number 12 seeds in Pool A.

The team led by the number-one-ranked player in Brazil and third in South America, Gustavo Bracco, could have hoped for a better outcome as they now face the hard task of battling with a team from Rio de Janeiro, RJ Madureira (BRA), which not only features the tallest player in the tournament - 2.10m Gilcimar Silva - but also a player who represented Brazil at the FIBA 3x3 World Championships last year in Greece, Joao Marcos Costa, on top of playing with the home advantage.

SP Sorriso cannot afford to underestimate the team from Neuquén (ARG). Last year at the FIBA 3x3 World Tour Sao Paulo Masters, a different team coming from the same city in Patagonia won all eight games to qualify for the Final in Miami. A second team from Sao Paulo, SP YMCA, will complete Pool A.

Team Rio will be a crowd and pool favourite in Pool B. After all, they are the only team in the tournament with World Tour experience. Last season, Rafael Alves, Fabio Guedes and Carlos Junior took fifth place and they will be hoping new team-mate Douglas Motta will help them reach new heights.

But before this, they will have to deal with another Sao Paulo team with Team SP Sul, the winners of this year's Copa SP de Basquete 3x3. Team Caracas spearheaded by Michael Flores Urbaez - who reached the quarter-finals of the 2012 FIBA 3x3 World Championships with Venezuela - and Team Cordoba, featuring the shortest player in the tournament in 1.65m tall Luis Osvaldo Benedetto, will be the other two teams to beat in Pool B.

The new generation will take over in Pool C with Joinville, Fortaleza and Paysandu as all of them only feature players born in the 1990s. Paysandu are the youngest team in the tournament (19-years-old on average).

Joinville won the 3x3 Number Terceira Etapa this year while Fortaleza took third place in the Basquete 3x3 Tour Nacional and is led by Davi Oliveira who represented Brazil at the 2011 FIBA U19 World Championship (5x5).

Paysandu will profile Luciano Parodi and Hernando Caceres who both played for Uruguay in youth categories. The 1971-born Jorge Oscar Giussani may well be old enough to be their father but he is likely to bring a lot of experience to a Tigre team whose big man is a Lion (Pablo Matias Lion).

Pool games will start at 10:30am local time (3:30pm CET) on Saturday, live on www.3x3worldtour.com. The top-two placed teams from each group and the two best third-placed teams advance to a standard knock-out round which starts at the quarter-finals stage, from 12 noon (5pm CET) on Sunday.