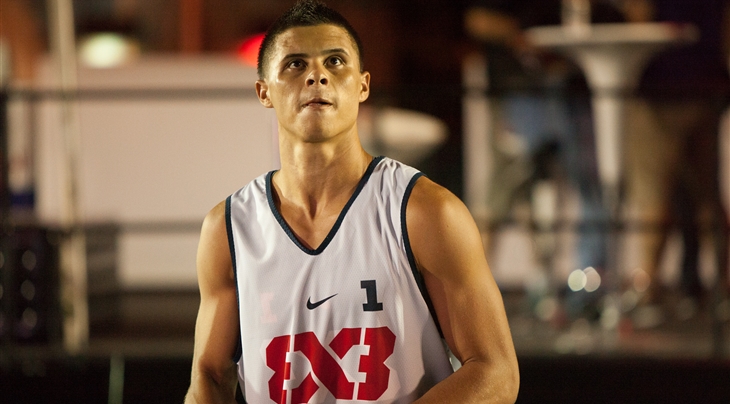 SAN JUAN (3x3) - Puerto Rico's capital is ready to host the San Juan Masters which will see the reigning champions start the defense of their title in the heart of their hometown and the action can be seen live on 3x3worldtour.com on Saturday and Sunday.

One could tell from the media attendance on Thursday at the inaugural press conference of the FIBA 3x3 World Tour San Juan Masters that the city - which breathes basketball - is looking forward to the event. After all, just a year ago they were providing a warm return to a team featuring Jonathan Garcia, Jose Lopez, William Orozco and Andy Ortiz who had just won the first edition of the FIBA 3x3 World Tour in Miami.

The reigning champions will headline three Puerto Rican teams that will attempt to shine in front of a supporting crowd on the 3x3 court built in Old San Juan, on the pier with a set of cruise-liners providing the perfect backdrop to the event for the local fans and for the other 3x3 lovers watching the action from 14:00 to 21:40 local time on Saturday 10 August and 13:00 to 19:45 on Sunday 11 August.

Team San Juan big man William Orozco said at Thursday's press conference that he is "very happy to be here and will give (his) best effort and play with (his) heart out on the court."

"We are 100% healthy and ready for the challenge," the big bearded 27-year-old added.

Team San Juan will have to deal with Team Toronto (CAN), NY Queens (USA) and Miami (USA) in the pool stage.

Their archrivals - Team Denver - who already crossed swords twice with Team San Juan in the World Tour last season, will lead a list of contenders in Pool B that includes Team Montreal (CAN), Barceloneta (PUR) and Philadelphia (USA).

San Cristobal (DOM), Santurce (PUR), NY Staten (USA) and Saskatoon (CAN) will compete for a ticket to the quarter-finals in a wide open Pool C.

From these 12 teams, only eight (the best two teams from each pool and the two best third-placed teams) will be back on Sunday for the quarter-finals which will start at 13:30.

Not only will the fans watch some of the best 3x3 action, they will also have a chance to see the Samsung shoot-out contest (final at 16:10) and some of the best dunkers (which include Luis 'DSZ' Perez and Robin Ryder aka 'Ro Ryder' ) defy gravity at the dunk contest final at 18:30.

The 11-year-old dribbling prodigy and internet sensation (3.5 million views on YouTube!) Julian Newman will show his handles during the breaks, with a troop of breakdancers , the charming Puerto Rican cheerleaders, a popular local MC and DJ Koby (with a ‘y’) on the breaks.

The FIBA 3x3 World Tour defending champs surely could not dream of a better supporting cast.