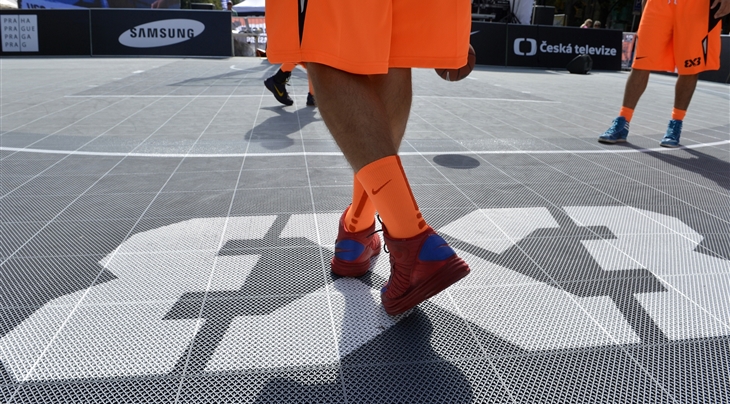 RIO (3x3) - The 'Cidade Maravilhosa' is all set to stage the Rio de Janeiro Masters which will see the best teams in South America go toe-to-toe in the heart of the city and all the action can be followed via our livestream on 3x3worldtour.com on Saturday and Sunday.

Gustavo Bracco and his team SP Sorriso (BRA) are likely to gather a lot of attention considering he is the best-ranked player in the tournament (#88 in the world) and his team owns the #1 seed.

"We've been working hard and have great expectations about it. It's amazing to have the opportunity to play in such a high level and organised competition and with all due respect to other teams we want to win this tournament. We want to prove ourselves that it's a dream that could turn to reality."

SP Sorriso have solid reasons to believe their ambitions are not some kind of fantasy as they won the very competitive Basquete 3x3 Tour Nacional Final just two months ago against the best teams in Brazil…in Aterro do Flamengo, which will serve as the dream venue for the Rio Masters this weekend with the Sugarloaf mountain on the horizon, from 10:30am (3:30pm to 10:40pm CET) on Saturday and 12 noon to 5pm (5pm-10pm CET) on Sunday.

"It was very hard to qualify," Bracco explained.

"We had to beat some of the best teams in Sao Paulo. We've been researching information about all the teams from Sao Paulo and Rio, but have only played against Team Rio, which is a very experienced and tough team, playing with the home advantage."

SP Sorriso - a name inspired by a charity project named "Encestando um Sorriso" which the team supports - will have to deal with more talented Sao Paulo and Rio teams in Pool A with RJ Madureira (BRA) and SP YMCA (BRA), Neuquén (ARG) being the third team to beat.

The Rio team which Bracco's team defeated in the final two months ago will have something no other team possesses - World Tour experience! Three of them (Carlos Junior, Rafael Alves and Fábio Guedes) finished fifth last year at the Sao Paulo Masters and will be early favourites in Pool B, though SP Sul (BRA), Caracas (VEN) - which features a player who represented Venezuela at the FIBA 3x3 World Championships in Athens in Michael Flores - and Cordoba (ARG) should not go underrated.

Pool C will showcase the future of South American 3x3 basketball with the three youngest teams in the tournament going toe-to-toe with Joinville (BRA), Paysandu (URU) and Fortaleza (BRA) featuring players all born in the 1990s. In these conditions, Team Tigre (ARG) shall make good use of their superior experience, embodied by the 42-year-old veteran Jorge Oscar Giussani, to make their way to the quarter-finals, which will bring together on Sunday (from 12:45) the top two teams in each pool and the two best third-placed teams.

Not only will the fans get to watch some of the best 3x3 action, they will also have a chance to see the Samsung shoot-out contest on Sunday (with the final at 2:45pm) and one of the best dunkers in the world Justin Darlington (CAN) defy gravity in the Nike dunk contest final at 4pm.

Both the dunk contest final and the Rio Masters final will be broadcast live on national television, showing how much the Brazilian fans are looking forward to the event and embraced 3x3.

There will be stars aplenty at the venue on Sunday - and we are not even talking about our troop of cheerleaders - as Flamengo coach Jose Neto will be conducting a basketball clinic, while players Marcelo Machado and Marquinhos Vieira will be involved in a chat session with their fans and Brazil international and NBA player Leandro Barbosa will be in attendance on Sunday, with the hard task of giving 0's and 10's in the Nike Dunk contest.