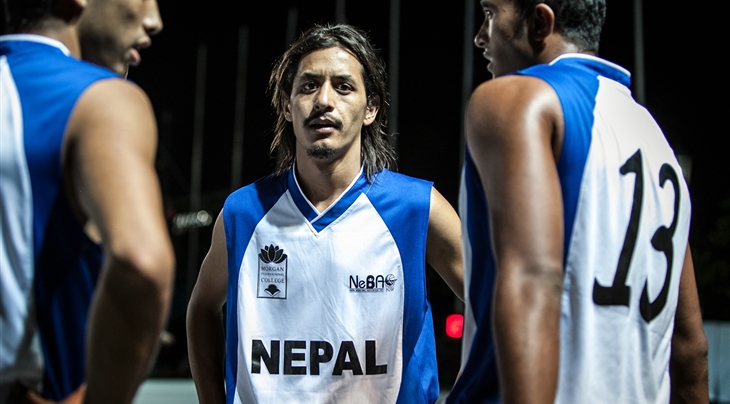 DOHA (3x3) - The first edition of the FIBA Asia 3x3 Championship for both men and women are just a week away and though the event will take place in the Italian-themed Villaggio Mall with Venetian gondolas circulating on an artificial canal, it will be no easy stroll to win the event as the participating countries have sent their strongest teams.

The 2012 FIBA 3x3 World Championships proved to be a resounding success and that Asian teams had a word to say in the 3x3 world - with Chinese Taipei for instance reaching the women's tournament quarter-finals. Sixteen men's and 14 women's teams will take to the court on 15-16 May for the first-ever 3x3 continental competition.

"We are encouraged by the interest shown by the teams especially from traditionally not so powerful countries," said FIBA Asia President Sheikh Saud bin Ali Al-Thani.

"Over the next one month, what we will witness is a festival of basketball where people from all walks of life and cutting across age groups will participate in FIBA Asia 3x3 with the single objective of: JUST PLAY."

India will be among the favourites of the women's tournament with Geethu Anna Jose at their helm. The 27-year old, winner of the first 3x3 Indian Championship last month, has been a driving force at the last three (5x5) FIBA Asia Championships for women, finishing in the top three leading scorers in each edition. She promises on the event's website that next week: “Our motto is ‘Do or Die.’ Whatever the result, we’ll definitely give our best."

In the men's competition, Indonesia will come with what should be the tallest player of the tournament, 2,15m center Max Yanto, whom Indonesia BF Secretary General Agus Mauro described as “a player who we think will be suitable more in half-court basketball. He has height and size, but has problems in moving up and down the court. Now he is under special training for his moves at the post to cater more in 3x3.”

The Islamic Republic of Iran team will also play among the clouds with the average height of their four players at over 2m but all eyes will be on the two Qatari teams as they enjoy home advantage. With four players who won bronze last year at the 4th FIBA Asia Cup, the Qatar Maroon squad will be hard to beat. Their star player Trey Johnson may benefit from a bigger advantage in the proximity of gondolas: the American native played in Italy for Pallacanestro Biella this season.