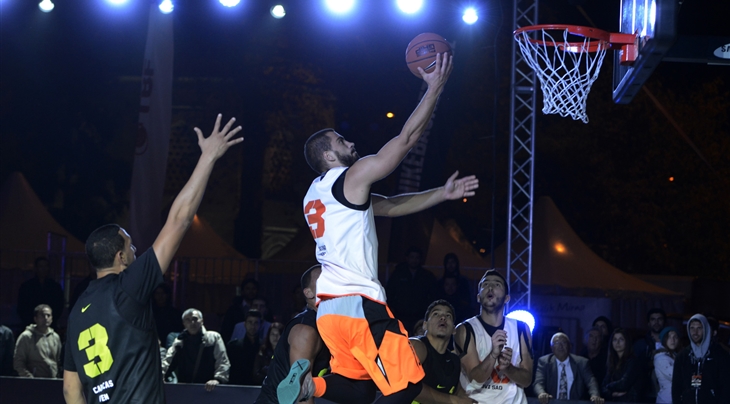 The FIBA 3x3 All Stars will see the best 3x3 teams in the world compete for a grand total of 120,000 USD in the dream location of Katara Beach during a dynamic four-hour event.

The seeding is conducted automatically according the 3x3 Individual World Ranking (of the three best players from each team) and has the number 1, 4 and 5 seeds meet in Pool A, while 2, 3 and 6 face off in Pool B.

Novi Sad will count among the favourites as the team features their super-skilled star Dusan Domovic Bulut, the current number one 3x3 player in Europe (and in the World).

Next on their hitlist in Pool B will be the guest team, FC Barcelona (ESP). The Spanish team will feature four former Blaugranas, who recorded a combined 317 caps for the 5x5 Spanish national team. They will be headlined by newly-retired Rodrigo De La Fuente, who was the team captain when FC Barcelona won the Euroleague trophy in 2003. His coach at the time? Novi Sad native Svetislav Pesic…

They will also need to deal with local favourites, Team Doha, whose four players have a history of success in the Qatari capital as they won the first FIBA Asia 3x3 Championship representing Qatar on 15-16 May 2013.