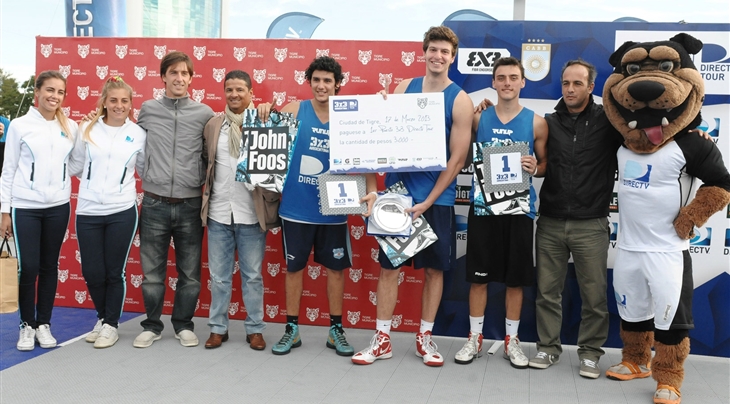 Products of the Obras Buenos Aires basketball academy - a club nicknamed 'Los Tacheros' (‘the taxi drivers’ in English) for their black and yellow uniforms - the winners defeated 'UBA Sub 40' 17-12 in the final.

"We are delighted to complete the first stage because the participants had a lot of fun," said Argentinian Basketball Federation (CABB) Sporting Director Enrique Tolcachier.

"The finals were very interesting with good physical teams. It is a game you need to fully understand to be successful and the level increased with every match."

The event brought together 50 teams and is the first in a series of five events which to be held between March and July. The two best teams of the tour will get an invitation to compete in the World Tour event to take place in Rio de Janeiro, Brazil on 14-15 September.