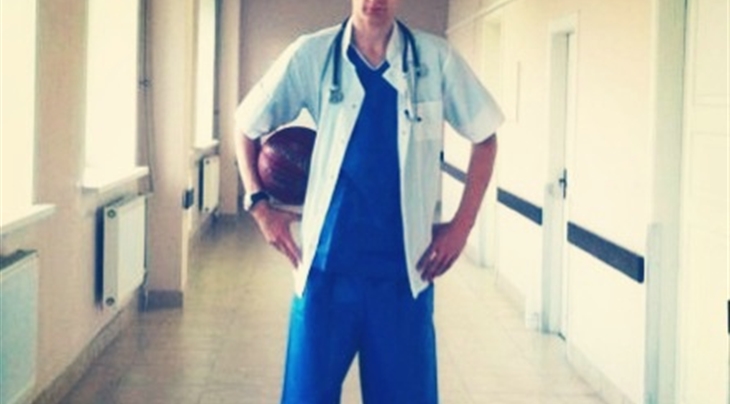 SAINT-PETERSBURG (3x3) - From Dennis Rodman to Reggie Miller, some players have a made a reputation of getting under the skin of their opponents. Yet none of them can get under anybody’s skin as literally as 3x3 star and oncology surgeon Aleksandr Lisichkin.

Alex Abrikosov featured in the FIBA 3x3 World Tour in Madrid last season and was in Saint-Petersburg last week-end as Lisichkin and his Team Saint-Petersburg stamped their ticket to the Prague Masters in outstanding fashion.

"For spectators", Abrikosov said. "It must be difficult to imagine that such a good player can be a professional surgeon. He is an important player without whom there would be no victories."

And guess what? The doc is operating in the heart of the defence.

"He is strong defensively and unpredictable offensively, very good on second chances. If he had not chosen to become a surgeon he would be a great professional basketball player."

For the 30 year-old Lisichkin, it was just a matter of taking a cold-blooded decision: "Perhaps I could have achieved certain results but I always try to estimate my possibilities and I decided to keep basketball as a hobby though I train 4 times a week."

Basketball is not just a distraction, on the contrary, as if laser passes were a good training for laser surgeries. "My teachers always told me basketball is an intellectual sport, comparable to chess," the 1,98m big man said.

"It develops both your mind and your body. In my professional life, it is important to be able to work as a team and have strength and endurance."

Forget about Doctor J, say hi to Doctor L and his Team Saint-Petersburg who walked over the opposition in the 3x3 Saint-Petersburg Challenger on 15 June, abusing a team who reached the World Tour final in Miami last year, 21-8 in the championship game.

"I think our best game is still to come," he warned. "We were just gaining confidence with every match. We understand each other very well. It helps that we are not only friends but one big family."

Last week's rival Abrikosov predicts Team Saint-Petersburg could break a lot more ankles in the future. "They showed excellent team defence and the most varied and aggressive offence," he told. "I believe they can go far in the World Tour and will be one of the main contenders for victory in Prague."