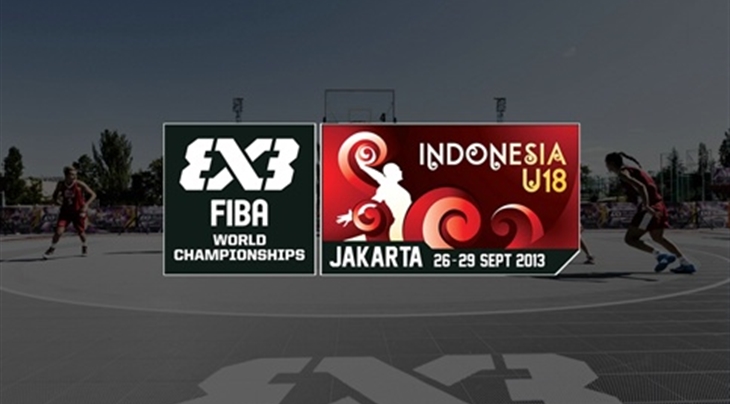 JAKARTA (3x3) - The event may still be three months away, but already the Indonesian capital of Jakarta is preparing for the FIBA 3x3 U18 World Championships.

From 26 to 29 September 2013, 32 men's and 24 women's teams from 45 different countries will be competing in Jakarta, having been selected according to the national team competitions qualification criteria.

It will be the first time the competition is organised in Asia and Indonesian Federation Secretary General Agus Mauro says the event will have a special meaning for his country.

"Indonesia is very proud to organise the FIBA 3x3 U18 World Championships," he declared, "and the people of Jakarta are already buzzing about the event."

Underlining the importance attached to the competition is the fact that the championships will take central stage in the city. The courts will be built just in front of the iconic Monumen Nasional, a 132-metre tower located right in the heart of Jakarta.

"We are aware of the success of the previous editions in Italy and Spain," Mauro admitted, "but we are confident we can have the best FIBA 3x3 U18 World Championships ever."

Last year in Alcobendas, the United States won gold in the women's tournament while Serbia prevailed in the men's category. Gold medalists Milos Jankovic, Luka Andusic and Mihajlo Andric keep making noise in the FIBA basketball world as they are currently spearheading their national team at the FIBA (5x5) U19 World Championship in Prague.

On top of a first-class basketball competition, Indonesian fans should be up for a four-day party according to Mauro.

"We will not only stage a great sport tournament but also have concerts and plenty more happenings in the pure tradition of 3x3 events," he announced.