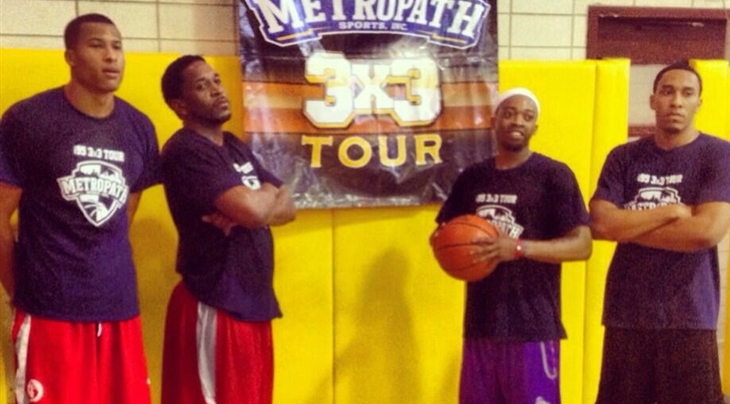 NEW YORK (3x3) - Haron Hargrave may have the coolest nickname on the 3x3 World Tour and he expects his team from Queens to liquefy their challengers at the San Juan Masters on 10-11 August.

"I came back from Romania here in New York," the speedy point guard said. "I went to a tournament called Hoops in the Sun and I scored like 12 three-pointers and the MC called me H2O because my shot was as pure as water."

The shot was not falling as usual during the I-95 3x3Tour Finale as his team lost with three players against two in the last minute or two against Team Queens.

"The first stop of the tour we were running on everybody," Hargrave recalled, still upset.

"But for the final, our big guy called me and said he could not make it. We were 3 on 2 and we lost. They had nothing to lose and went to the rack. Time was running out and we were forcing threes, putting pressure on ourselves."

Fortunately for them, both finalists of the I-95 3x3 Tour Finale are granted a ticket for the FIBA 3x3 World Tour.

Unlike Hunt, who had a stint in Puerto Rico, it will be the 29 year-old Hargrave's first time in Puerto Rico, an opportunity for him to meet streetball activist Kevin Couliau again as the co-director of 'Doin’ it in the Park' will be a member of the official filming crew at the FIBA 3x3 World Tour Masters in San Juan.

"I took him around Queens but I didn't make it to the final cut. I was just in the credits at the end. I will tell him I was kind of upset", he said half-jokingly.