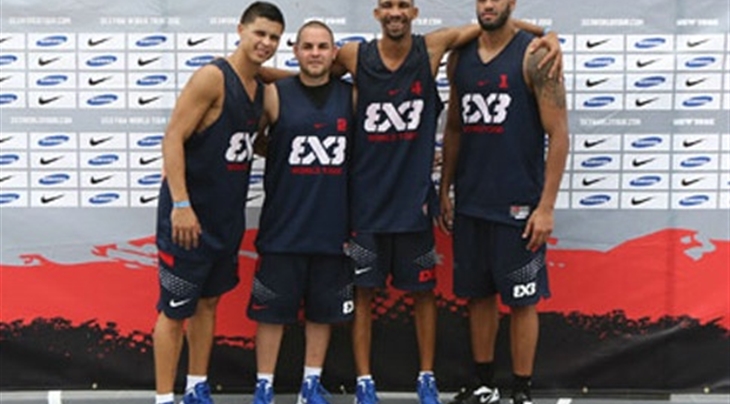 Jonathan Garcia, Jose Lopez, William Orozco and Andy Ortiz will start the defence of their crown at 14:00 local time (CET -6) on Saturday 10 August against Team Miami, an interesting coincidence considering Team San Juan played their last 3x3 match and won their FIBA 3x3 World Tour title in Miami last year. They will then cross swords with Team Toronto, a team of experienced players which includes Richard Anderson, aka Biggie, who has fond memories of San Juan having won silver there with Canada at the 1999 FIBA Americas Championship, beating Puerto Rico in the Semi-Finals.

The draw is conducted automatically according to the 3x3 world ranking (of the three best players from each team). Team San Juan were seeded number one thanks to their superior ranking (all four players are tied 25th in the world). According to the regulations, the number one seed meets the number six, number seven and number 12 seeds in Pool A. Toronto and NY Queens were re-seeded ahead of Team Barceloneta in accordance to the rule that foresees that when applicable no team can meet another from the same national federation at this stage (in this case Puerto Rico).

Team Denver - who defeated Team San Juan in the final of the New York Masters but lost against the same team in the quarter-finals of the Miami Final last year - will meet Team Montreal (CAN), the only other team with players (Samuel Audet-Sow and Korran Rivers) that have World Tour experience in the tournament. Team Barceloneta (PUR) and Philadelphia (USA) are the two remaining teams in Pool B.

Pool C promises to be very open, with new faces including Devon 'Squirrel' Curry, a part-time Harlem Globetrotter leading Team NY Staten (USA) and Troy Gottselig and his three team-mates from Saskatoon (CAN) who together won the Canadian university title in 2010. Team San Cristobal (DOM) and local standouts Team Santurce (PUR) will stand on their way to clinch a spot for the quarter-finals on Sunday.