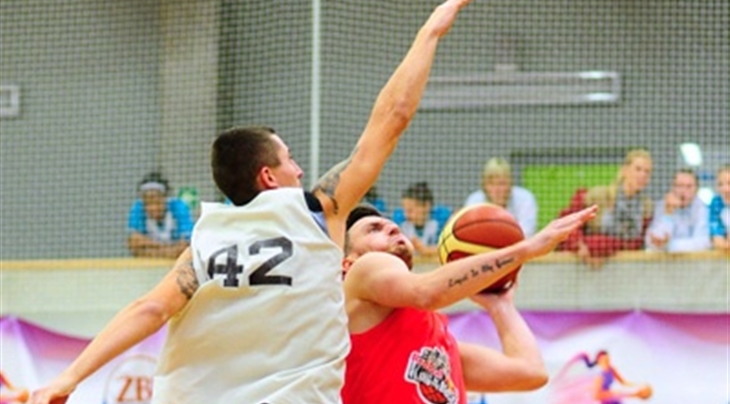 PRAGUE (3x3) - Czech organisers have expressed their delight with the turnout at the indoor 3x3 tournament held in Prague late in 2012, where 28 teams from 11 countries converged on the Czech capital to complete.

"We missed 3x3 basketball during the winter and had nowhere to play so we decided to create our own tour," said Jan Pavuk of the grass roots event called FIBA 3x3 European Indoor Tour Prague.

"We would love to see a regular winter 3x3 tour happening in Prague and everywhere else."

In preparing the pilot event, Pavuk and his team - including his brother Simon and Fero Brezovsky - received assistance from FIBA’s 3x3 experts (to use the 3x3planet platform) as well as the Czech Basketball Federation, which according to Pavuk was impressed with the efforts.

The winning team “Midgets” consisted of Lukas Kraus, Martin Chotas, Adam Poche and Tomas Budinsky and fulfilled the expectations as being favourites in the Final, played on 17 November 2012. The team won €600 (euro) in cash and other prizes.

Kraus was the runner-up of the 2012 Redbull King of Rock in 1x1 finals on Alcatraz off the shores of San Francisco and a member of the 2012 Czech 3x3 tour winning team.

The runners-up were “Only Hustlaz” with Josef Matejovic, Martin Drexler, Zdenek Papez and Matej Vodicka. They were the surprises of the tournament, beating X-ballers in the Semi-Finals with a last-second two-pointer.

The participating teams came from countries such as Czech Republic, Slovakia, Spain, Serbia, Vietnam and Russia.

Pavuk said 3x3 promoters from Poland and Slovakia have contacted him since the event looking for tips to start their own tour events.

For more information, go to www.3x3ball.eu