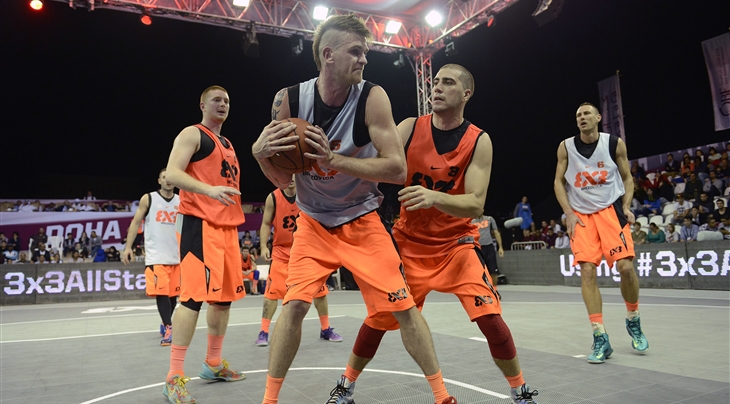 MIES (3x3) - Blaz 'Birdman' Cresnar, the Team Brezovica (SLO) star, not only won a shiny 25,000 USD cheque at the first-ever FIBA 3x3 All Stars in Doha, Qatar on 12 December 2013, he also collected enough ranking points to replace All Stars finalist Dusan Domovic Bulut (SRB) at the top of the 3x3 Individual World Ranking with an all-time record of 668,629 points.

It was an amazing year for the 27-year-old (and his trademark mohawk) who also led his team to the FIBA 3x3 World Tour Final in Istanbul on 5 October.

"Otherwise he's a shy guy, who doesn't give many interviews but with the kids he is going to sign autographs till 3 in the morning if they're around."

For the World Tour (and World Championships) events, additional ranking points are allocated based on individual scoring statistics.

Only the top six performances are taken into account for the ranking.