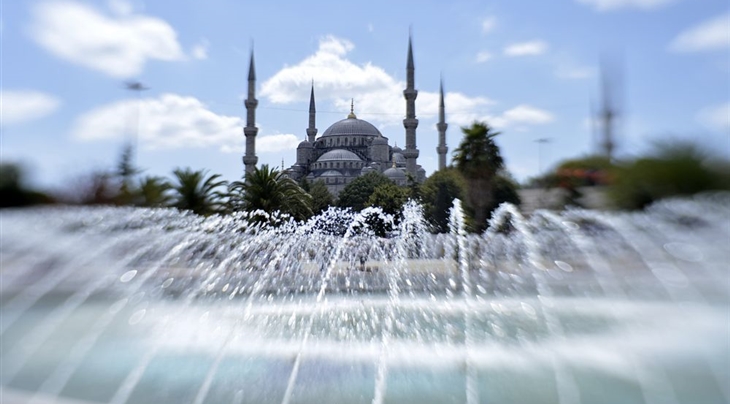 Istanbul has often brought good fortune to Team Bucharest. This is where last year the voluble Angel Santana and co earned their ticket for the FIBA 3x3 World Tour Final. This year, in Prague, the Romanians knocked out Team Istanbul in the quarter-finals, making a decisive step towards the Istanbul Final.

Santana and team-mate Catalin 'Meatball' Vlaicu are the only two players back from last year’s Final, the ultimate proof that a new pool of 3x3 talents has emerged this season and a testimony of Bucharest’s achievement. At fifth overall, Vlaicu, a powerful big man, is the best-ranked player of the tournament in the 3x3 individual world ranking.

The seeding being determined based on the ranking of the top 3 players of each team, Bucharest was awarded the #1 seed with Catalin 'Tom' Bordei and Santana both in the Top 20 as well.

They will headline Pool A which will feature his share of underdogs, with no team deserving the nickname more than Team Nagoya. The Japanese team led by the top 3x3 player in Asia, Tomoya Ochiai, belong to a crew of streetball players and artists who actually bear the name 'Underdog'.

Their biggest rival at the Tokyo Masters was the surprising Jakarta team. Last week, the Indonesian megalopolis was the capital of 3x3, hosting the FIBA 3x3 U18 World Championships and the team led by the Twitter celebrity Wijaya Saputra will look to ride the 3x3 wave.

The winners of the World Tour Final qualifier, a tournament held in Istanbul on 3 October, will complete Pool A.

After winning the 2012 FIBA 3x3 World Championships with Serbia and dominating the FIBA 3x3 World Tour Prague Masters this year, Team Novi Sad (SRB) looked like the designated favourites for the Istanbul Final. However the absence of the all-around player Marko Savic is just enough to keep things interesting in Pool B, where the two Rio de Janeiro Masters finalists will meet again.

Team Neuquén (ARG) will attempt to follow the footsteps of their young countrymen who struck gold in Jakarta last Sunday and at least take revenge upon Team Caracas (VEN), who defeated them opposite the Sugarloaf Mountain just three weeks ago.

Team Bosphorus, who won the Turkey Quest this summer will try to capitalise on the home-court advantage, in Barbaros Parkı also known as Besiktas Iskele Meydanı (Besiktas Port Square).

Pool C is already branded the 'Pool of Death' with both the finalists of the Lausanne and the San Juan Masters going head-to-head.

It starts with Team Brezovica (SLO) who will have the advantage of being the top team in the ranking, a second criteria in case of tie in the group after the overall number of points scored.

The cannons of Barbaros Parki will be a natural environment for Team Kranj, a team of gunners, who can all shoot the moneyball from outside the arc.

Part-time Harlem Globetrotter Devon Curry put his NY Staten borough on the 3x3 map in San Juan but will this time have to do without the talented Zaire Taylor and Julius Coles but with additional size in the paint with Kyle Hunt and his 2.06m.

Team Saskatoon (CAN) knows what it's like to be underdogs. Hence this is the title of the documentary based on their unexpected national title with the University of Saskatchewan Huskies in 2009-10. Can they once again beat the odds at the FIBA 3x3 World Tour Istanbul Final?

The stakes are high since a win at the Istanbul Final would guarantee a spot at the FIBA 3x3 All-Stars, in Doha, Qatar on 12 December, whose prize money and appearance fee will reach a grand total of 120,000 USD.

Entrance is free for the spectators who will not only get to see the best 3x3 players in the world but also some of the best dunkers on the planet, with last year's dunk champ Rafal 'Lipek' Lipinski facing Lausanne Masters' SIL Dunk Contest winner Dmitry 'Smoove' Krivenko (UKR) and Márk Boros (HUN).

DJ XXL will provide his usual heavy beats and the perfect soundtrack for the Efes Girls, the dance team of Anadolu Efes and legendary MC Mustafa Özben will be on the mic to announce some rough 3x3 action in a party atmosphere.