3x3 - All eyes on Bucharest for record event 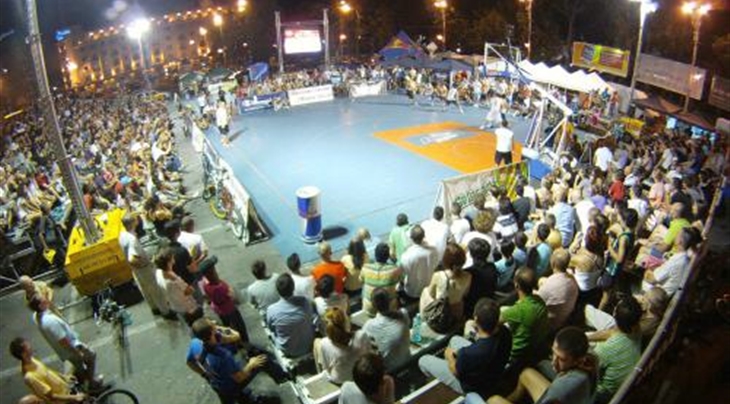 BUCHAREST (3x3) - Romania's capital of Bucharest prepares for its biggest-ever 3x3 tournament which will bring together more than 270 teams from Friday to Sunday and will be scrutinised by the International Olympic Committee (IOC) ahead of its decision regarding the inclusion of 3x3 as part of the basketball programme at the 2016 Olympic Games.

Never has an event gathered as many 3x3 basketball players in Romania. More than 1,000 men and women will take to the court in front of the monumental Palace of Parliament. Every demography is covered - from U14 girls to celebrities such as former football great Gheorghe Hagi to Victor Ponta, the current Prime Minister of Romania.

Several familiar faces will participate in the elite category, including Angel Santana, the No. 9 3x3 player in the 3x3 World Ranking, who will make his return to Sport Arena Streetball after reaching the quarter-finals of the 2012 FIBA 3x3 World Tour final in Miami with Team Bucharest UPB.

A good performance in Bucharest would bring the winners closer to the tournament final on 4 August, which qualifies directly for the 2013 FIBA 3x3 World Tour Prague Masters. The tournament also marks the opening of FIBA Europe's first-ever 3x3 EuroTour.

On top of a series of exciting games, fans will get a chance to see some of the most breath-taking slams from the official dunk contest featuring four high-risers such as Justin 'JusFly' Darlington and the Lords of Gravity, an acrobatic slam-dunk show team.

The popular Sport Arena Streetball will be the genuine showcase for 3x3 with the IOC is examining FIBA’s official bid to include 3x3 basketball at the 2016 Rio Olympics.