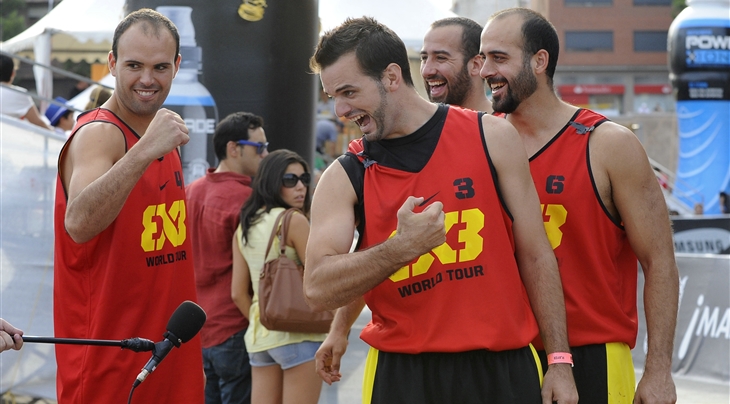 Juan Vasco Trabado, Jose Rojas Martin, Javier Meras and Ismael Sanchez will enter the Lausanne Masters with the favourite status after their good run at the FIBA 3x3 World Tour in Madrid last year. Back then, they had won their group defeating Team Kranj (SLO) in the process before biting the dust against the long-time number one team in the world, Team Ljubljana.

They also showed earlier this month they felt right at home in Switzerland shining at the Lugano Challenger, defeating Brezovica (SLO) in the pool stage and Aachen (GER) in the semi-finals, two teams who will feature in the Lausanne Masters as well.

Málaga and Kranj will be the two teams to beat in Pool B while The Hague and Lecco, winners of the Dutch and Italian quests respectively may surprise.

There will be a lot of expectations around the Düsseldorf Team who feature the best-ranked player in the tournament - Tim Brückmann - who currently sits 16th in the 3x3 world ranking.

The Germans will have to earn their ticket to the quarter-finals - where the top two teams from each group and the two best third-placed teams qualify - the hard way with Team Belgrade (SRB), winners of the hyper-competitive Serbian quest, Team Stockholm (SWE) - who feature the same four players who reached the quarter-finals in Madrid last season - and Team Nice (FRA) keeping them company in Pool B.

Brezovica, who qualified for the Lausanne Masters just a week ago in Denmark, will highlight Pool C. Their 2,13m big man Blaz Cresnar is likely to provide matchup nightmares for the three other teams: Aachen (GER), Zagreb (CRO) and Sfax (TUN), the only African team at the Lausanne Masters.