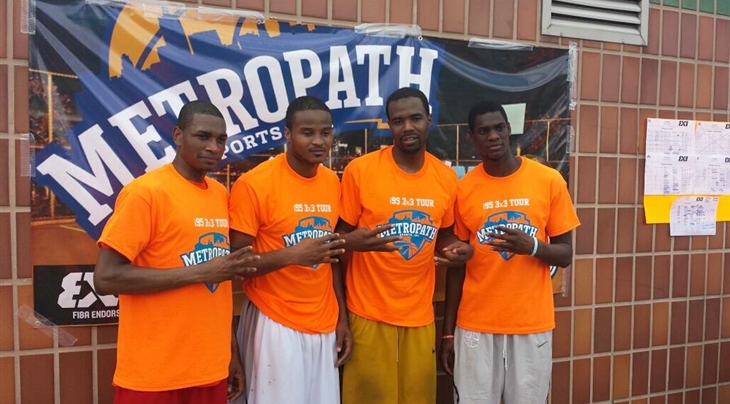 NEW YORK (3x3) - Staten Island may not be the most celebrated basketball borough in New York City but part-time Harlem Globetrotter Devon Curry has proved a lot of observers wrong by winning the I-95 3x3 Tour Finale in River Bank State Park on 9 June and qualifying for the FIBA 3x3 World Tour.

"A lot of people think Staten Island doesn't stand out in terms of basketball players," the 24-year-old complained.

"But we do. We have quite a few people who played Division 1 college basketball and had success overseas, starting with my team-mate Zaire Taylor, who played in Missouri and in Europe this season (for the Leicester Riders in the British Basketball League).

"Anywhere I go I always try to represent my borough and it will be a great pride to play for Staten Island at the San Juan Masters."

Like a lot of Staten Island ballers, "the squirrel" - as Curry is often nicknamed for his blazing speed - has long been overlooked. He didn't get a Division 1 scholarship and his promising junior college career in Western Texas stopped abruptly as he had to go back to New York to look after his sick mother.

"I had a debt-collecting job for some time," he recalled. "I also was a staff counselor at a summer camp. I even delivered the New York Times and the New York Post!"

Now he is hoping he will make the newspapers' headlines as his basketball career is starting to take off. For the last two years, Curry has joined the prestigious Harlem Globetrotters organisation and toured the United States as a part-time member of the team.

"It is a great experience. I am hoping I can become a full-time Globe Trotter in the future. Playing basketball has always been my dream," he explained.

"I have won a lot of dunk contests in the past," he said.

"People say my game looks like Russell Westbrook's. I can shoot and I'm athletic for my height."

Curry needed all-star abilities last weekend to clinch his berth to the FIBA 3x3 World Tour as two of his team-mates (Julius Coles and childhood friend Karron McKenzie) fouled out with the score tied at 16 apiece and two minutes left in the game.

"Zaire and I had to play smart and give all we had," he explained. "I would take the ball out and hand it off to him. I would then run to the basket or the corner and let him handle the double team. On the last possession he kicked it off to me; I crossed over my guy and made the winning lay-up."

Expect the team to be ready for San Juan as Curry reveals that they "will be together every day, working out together and playing in the same tournaments."

Soon the Wu-Tang Clan may no longer be the best-known group of guys coming out of Staten Island.