3x3 - Summer has officially tipped off in Sweden 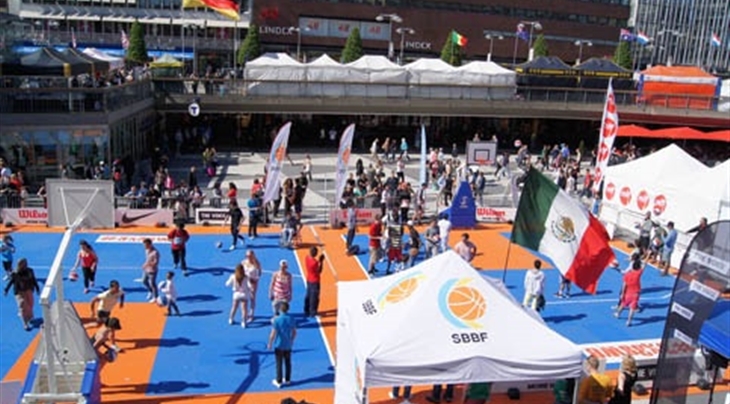 3x3 'Sommartour' is organised by the Swedish Basketball Federation (SBBF) and this event in Stockholm is the first of five total tournaments to take place in four different cities across the country.

"It was crowded from morning to night," said Rikard Aspegren, the SBBF's 3x3 project manager, of the 'Sommartour' event that took place last weekend.

"It was really fun to see people who don't usually play basketball come and try 3x3.

"That's when you realise how amazing basketball is. I don't think that any other sport can have the same impact like that," he declared.

Both days were filled with beautiful sunshine and music thanks to a DJ from Swedish radio channel 'The Voice'.

"Level-wise, the tournament was very high quality. We had many youth national team players as well as players from the Swedish second league," Aspegren went on.

FIBA.com caught up with Singh to ask him what he thought about the tournament in Stockholm and 3x3 in general.

"The street basketball tournament is great. It was a fun experience with a big crowd and awesome music," he said

"This is a great investment and we believe it will just get bigger."

The winning team from this tour will qualify for the Madrid 3x3 World Tour Masters in early September.