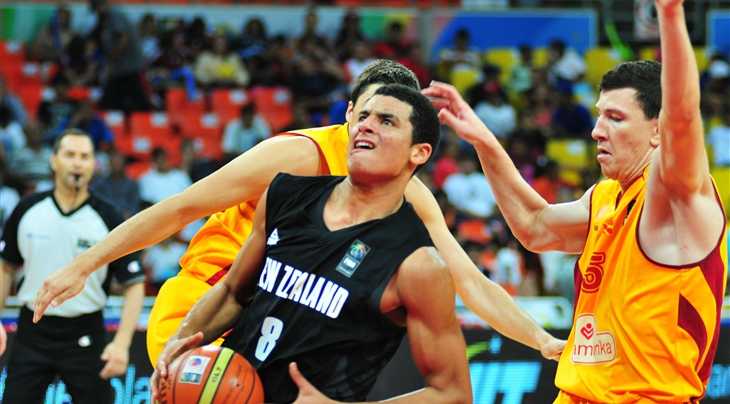 CARACAS (3x3) - Seventeen-year-old Tai Webster from New Zealand took a huge leap forward in his playing career this summer by becoming the youngest player to represent his country at a major world tournament.

This doesn't come as a surprise when you know that last year he helped New Zealand capture the first 3x3 U18 world title in Rimini, Italy.

"Winning that title in Rimini was a huge confidence booster for me and I felt good after that", Webster said.

Of course it has been challenging at times for the 1.86m guard to compete against much bigger and experienced players.

"It was a big step up, a lot of bigger players and a lot of smarter players", he explained.

No doubt that as Webster plays more and more games at a higher level he will come to realise what he needs to work on.

"It's been about trying stuff and seeing what works and what doesn't," he argued.

Webster's story is a perfect example of how players who might be more 3x3 oriented can also prove to be excellent five-on-five players.

With the World Tour starting in less than two weeks time - in Sao Paulo, Brazil - the whole basketball community will be watching to see if there might be the next Tai Webster ballin his way up the ladder.