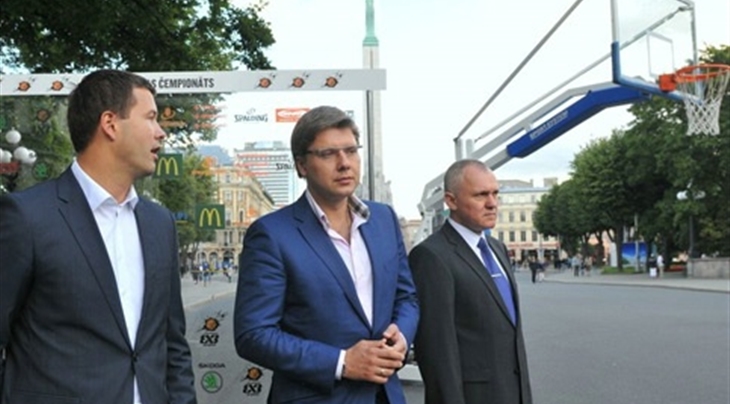 RIGA (3x3) - The mayor of Latvia's capital Riga has granted the right to use the city's most famous site for the Latvian 3x3 Championship, which will take place on 11-12 August.

The Freedom Monument - which honours soldiers killed during the Latvian War of Independence (1918-1920) - will be the place to be on that weekend. The site holds many public gatherings and official ceremonies throughout the year.

Last month, at a press conference held at the venue, Latvian Basketball Union President Valdis Voins, Mayor of Riga Nils Usakovs and Latvian 3x3 Championship Director Arnis Ozols were on hand to explain why this specific spot was chosen to demonstrate the fun game of 3x3.

"We are really glad that the 3x3 championship organisers are able to put this event together in Riga," said Usakovs.

"I hope that this particular competition will help popularise this sport to the general public and also encourage people to have a more active lifestyle."