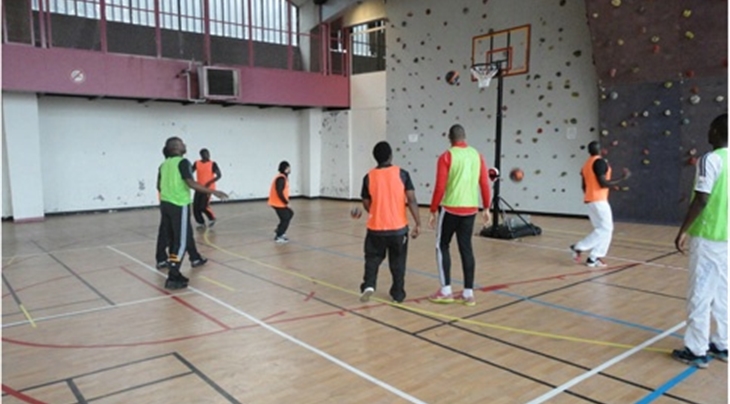 They became the first Sports Federation in their country to sign a partnership agreement with the prison administration.

They have created a tournament called "Challenge 3x3"with over 50 prisons participating in the event.

To top it off they hold the finals at the famous Paris-Bercy arena the day before the French Basketball league's Cup finals.

Teams are composed of three inmates and one employee of the prison administration while games are played without referees.

The whole reason behind this demanding initiative is to give these individuals a chance to regain some dignity in their lives.

"The detainees are deprived of certain rights, but not of their dignity. Sports and basketball are also ways to keep your head up", said Jackie Blanc-Gonnet, Head of New Basketball Practices for the French Federation.

The FFBB believes 3x3 to be the ideal sport for this special situation, "it's accessible to everyone, the necessary facilities are minimal and above all 3x3 has a very positive image", said Blanc-Gonnet.

Long term they hope that this will help inmates in their re-entry into society.

They are confident that by having convicts play 3x3 they will continue to exercise similar activities even after they are released.

This inspiring story testifies how sport can support those who are working at winning back their self-worth.