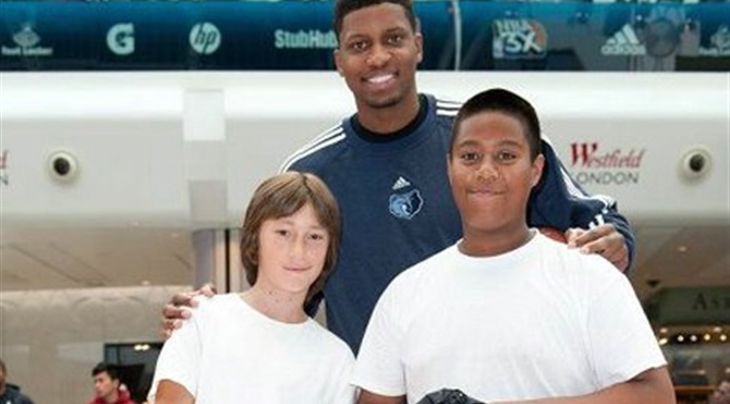 LONDON (3x3) -The climax of the FIBA 3x3 World Tour is taking place in Miami this weekend but 3x3 basketball is spreading.

The hype around 3x3 is soaring to new heights and more and more people are starting to organise and promote this lightning fast game.

2010 FIBA World Champion Rudy Gay was in London at the Westfield shopping centre, during two full days he came out and played with kids showed off some of his skills.

This is what he had to say about the event: "It was fun, it was a good situation, something we should bring back in the States.

We had a great turnout and hopefully the next one we can make it as good if not better," added Gay.

Over the past weeks, the NBA's 3x3 Tour, known as the NBA 3x Tour, has been going from continent to continent and city to city promoting 3x3 basketball.

They got a little help from NBA stars.

Over the past weeks Tiago Splitter from Brazil was in Sao Paulo, Eric Gordon was in Bilbao (Spain) with Olympic champion James Harden was in Rome and Barcelona.

The NBA 3x Tour gives live demonstrations of 3x3 basketball being played and offers numerous fun side activities for people to take part in.