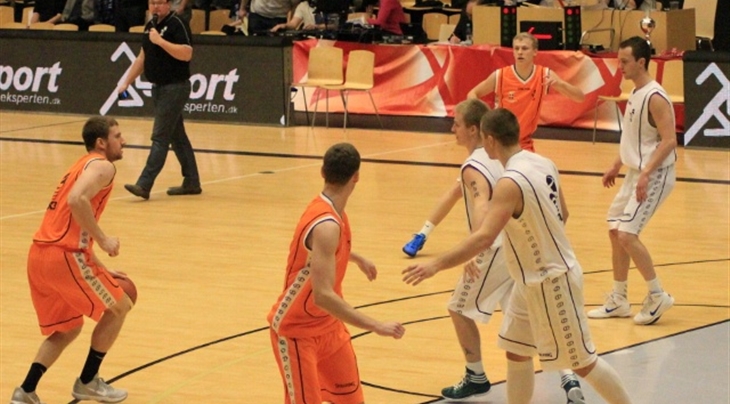 HORSENS (3x3) - A month ago we brought to your attention the revolutionary idea of GAM3's StreetMekka.

Now it's the Danish Basketball Federation's turn to surprise the nation's 3x3 population.

Sunday 8 January during the halftime of the Men's League Cup Final, they held two games of 3x3. The the Ladies played on one half of the court and the Men played on the other half.

During both games they had someone speak and promote the 3x3 project in front of 2000 spectators.

What makes it even more striking is that part of it was broadcasted on National television. After both games, short interviews were conducted to further encourage Danish basketball fans to start playing 3x3.

"We are using 3x3 to have more members and to come out with another way of playing basketball." said Thomas Jens Haaning, Danish Basketball Federation 3x3 project manager.

In a country where it's hard to find ten people to play a normal game of five on five, 3x3 is quickly becoming the new alternative to counter this handicap.

3x3 is booming in this small nation which never ceases impress its basketball community.