3x3 - Multiple thoughts on players' minds ahead of Miami 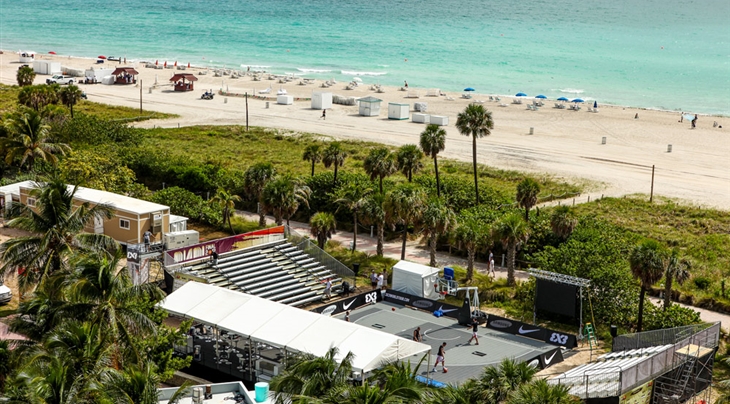 MIAMI (FIBA 3x3 World Tour) - Each one of the 48 players set to light up the FIBA 3x3 World Championship Final on South Beach has come to Miami dreaming of winning the USD 30,000 first prize.

For some, their minds are on nothing else.

This is the case for Vilnius big man Mindaugas Budzinauskas, who has his sights firmly set on the title.

"We won't be going out tonight or tomorrow," he explained, in spite of being in one of the world's most famous party hotspots.

"We will go out and party on Sunday.

"I hope we have a good reason to."

The Canadians from Edmonton, will be trying to find the team play that worked so well in New York.

They have barely had the chance to practice together.

“We just got together in Miami, but we're looking to do some damage,” Jordan Baker explained.

He doesn’t think that the lack of preparation should penalise them too much.

“I think a lot of it is in the chemistry.

“It (3x3 basketball) may not be as important to have those sets and running plays.”

Then there are the players for whom the World Tour is just as much about soaking up the atmosphere.

Those who know him won’t be surprised that this is the case for Bucharest UPB's Angel Santana.

Winning would be nice, he explained, but as he always does, he has above all come to enjoy the experience.

"We always come to have fun first," he said.

"Whenever we play and wherever we go, we want to enjoy ourselves.

"Anybody who knows us knows that."

And they do. Both at the FIBA 3x3 World Championship and at the Istanbul stop of the World Tour, Santana has managed to deliver great performances with a smile.

The last word belongs to Ljubljana's Simon Finzgar, joint 3x3planet world number one and recognised as one of the outstanding talents of the 2012 season so far.

"I am especially excited because I am in Miami," he said, explaining that beyond all the clichés and the stereotypes that the city conjured up, it is also the home of NBA title winners the Miami Heat.

Asked what it would feel like to switch places with the Heat players and find himself on court being watched by them, he smiled.

Beyond that, he explained that Ljubljana also had a revenge to take against their Madrid final conquerors Split as well as maintain his position on top of the ranking.

"Of course we're gonna try, but it's harder to hang on than to get there."