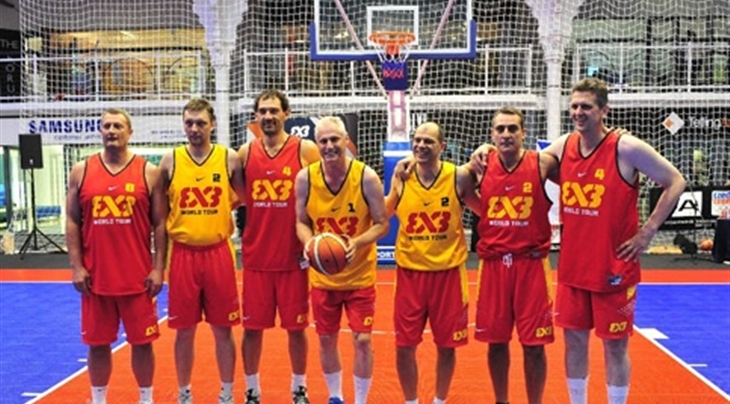 LONDON (3x3) - Last week, the London Olympic Games were running at full steam but so was the 3x3 Czech House at the Business Design Centre in Islington, north London.

A special VIP 3x3 game was organised and nine notable basketball legends, all of whom played for their respective national teams, were present to try this new discipline which is getting more and more attention.

Spanish stars Jorge Garbajosa and Jose Antonio Montero were more than pleased with this experience and are sure that 3x3 will keep developing.

"It's such a different sport than five-on-five basketball, it requires different skills and gives more one-on-one opportunities," explained Garbajosa.

"Everyone can play. You can play with your kids, you can play indoors or outdoors, all you need is a ball and one basket," said Montero.

Over the past two weeks, dozens of 3x3 games have been played and there were plenty of activities and prizes such as Olympic tickets to be won.

The Czech and British Basketball Federations invited their 3x3 national teams, who will play at the FIBA 3x3 World Championship in Athens, to demonstrate 3x3 to the general public.