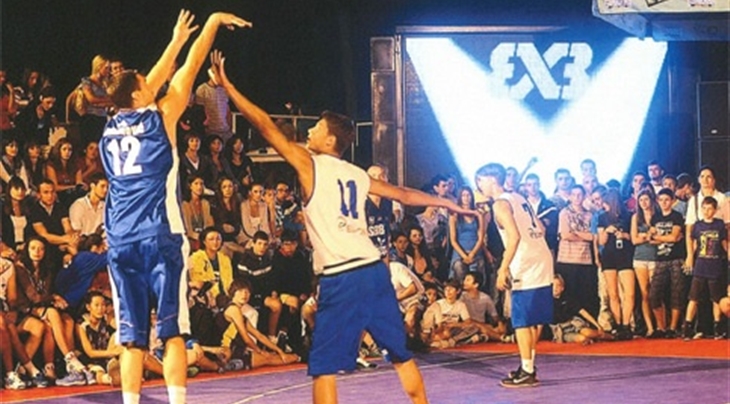 KRAGUJEVAC (3x3) - This week will not only be remembered for the inaugural 3x3 World Tour opener in Sao Paulo but also as the first edition of the International University Sports Federation (FISU) 3x3 World University Basketball Championship in Kragujevac, Serbia.

FISU, who have chosen to use the 3x3 format for their basketball championships, were delighted with the outcome of the event in which a total of 22 teams took part, with Serbia and Italy winning the gold medals in the respective men and women's events.

"It's an inaugural event so we know we will have improvements to implement in the future, but our goal is to work closely alongside FIBA in order to be part of this 3x3 project and help develop it. We also hope that this opening edition will also help attract more countries for the next edition in Brazil," said Julien Buhajezuk, FISU's executive assistant.

Buhajezuk believes that the format, which will also be used for the FISU World University Championships, matches their needs perfectly.

"We are a federation oriented towards students and thus young people. It seems interesting for us to work as a lab and test new disciplines like 3x3," he added.

Beyond the success of the event in the city of Kragujevac - which incidentally has expressed interest in hosting future 3x3 events such as a 3x3 World Tour Challenger - FISU says that the 3x3 format has helped generate interest in organising the next editions of this event from several countries worldwide.

"We hope to be able to contribute to the development of 3x3. After Serbia, Brazil will organise the 2014 edition and we have already received interest especially from Africa for 2016."

"This hopefully promises a bright future for 3x3 within the FISU programme," Buhajezuk concluded.