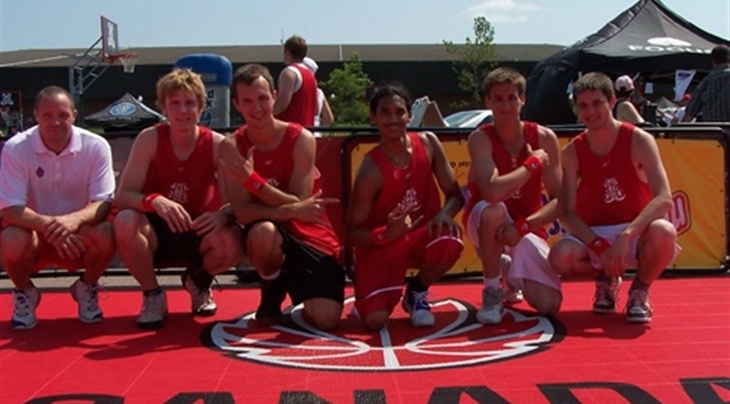 TORONTO (3x3) - Canada Basketball is getting ready for a busy 3x3 summer. In view of this August's FIBA 3x3 World Tour Masters in New York City, teams are set to qualify from the Canada Quest tour that stops in Edmonton, Toronto and Montreal.

"FIBA has very exciting initiatives with 3x3 that started with the Youth Olympic Games in 2010 and continues with this World Tour. Canada Basketball is very proud to be one of the federations who are at the forefront," exclaimed Michele O'Keefe, Executive Director of Canada Basketball.

"There's a rapid global growth of 3x3 basketball and Canada Basketball is capturing on this momentum to further increase participation and expand our fan base," said Ron Yeung, Domestic Development Manager for Canada Basketball.

The events will take place in some of Canada's most iconic settings, such as the Olympic Stadium in Montreal. Thus responding to one of 3x3 biggest strengths, it can be played anywhere, including in spectacular landmarks.

Aside from the Quest events, Canada Basketball also recognises the importance of 3x3 as a developmental tool for youth at the grassroots level. They recommend that basketball players under the age of nine should use the 3x3 system as the preferred format of play.

"The 3x3 model can be instrumental in encouraging a more age appropriate skill development of players based on long term Athletes development concepts," described Ron Yeung.

It promises to be an eventful summer with plenty of excitement for players to showcase their talent and youngsters to watch and learn from the more experienced.