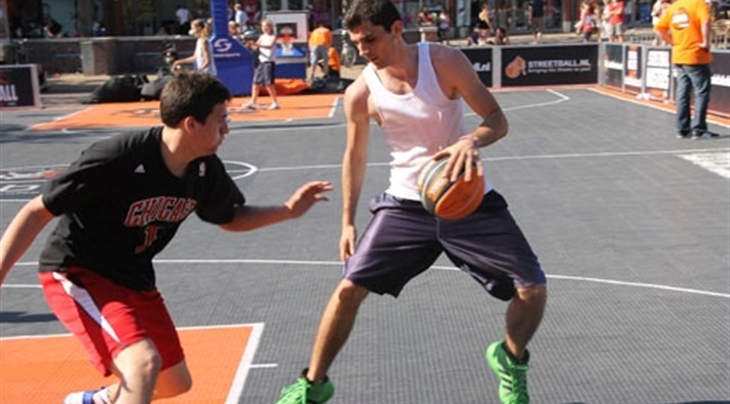 AMSTERDAM - (3x3) The Netherlands Basketball Federation (NBB) takes 3x3 basketball very seriously. This is best demonstrated by the fact that, since 2009 they have organised tournaments all over the country.

The two qualifying teams were 'JR 4 Ball' and 'Team Heat', who believe in their chances of succeeding.

The winner will automatically qualify for the Amsterdam challenger and eye the Madrid 3x3 World Tour Masters in early September.

The promoters are very enthusiastic about organising another major 3x3 event in Amsterdam.

"We have very nice equipment and are located in the middle of the city', said Simone van den Biggelaar, a Streetball Masters employee.

When asked what the main challenge was, Simone responded: "Switching to FIBA's 3x3 rules required some adjustments for players who weren't used to playing with these rules. "

"Our Federation strongly supports the development of 3x3 and we are eager to send teams to international tournaments, "Simone announced.

It promises to be an eventful summer for the ever-growing streetball nation.